The stylish members of Vijana Jazz putting some sweet Tanzanian Rumba styles on ya. All the way from 1980’s Dar es Salaam…..One of the most popular bands of their day. Check the Koka Koka Sex Battalion album on Sterns for more of these beautiful sounds.

“Vijana” means “youths” in Swahili and the band were sponsored by the youth wing of the ruling party Chama cha Mapinduzi. Nice work!

One of the greatest bands in the history of African music captured at the peak of their powers and on home turf. Exhilarating, wild stuff. The vibes dropping off the screen are incredible despite the lamentable quality. Don’t you just wish you had been at this gig?

Bwana Mdogo must be one of the most recorded songs in the Super Matimila repertoire (I have at least 4 versions in my collection), my favourite being from the Kershaw sessions album – a very similar performance to the one captured here…

Thanks to Tanzanian musician, blogger and archivist John Kitime for posting this clip.

In my dream world I would be able to walk in to JB HiFi and pick this up on DVD…….

Incredible footage of Kanda Bongo Man performing in Kenya sometime in the 80’s or early 90’s. I believe the guitarist was Diblo Dibala but I’m not sure, it could be Nene Tchakou too.

I think one of the things that set Kanda Bongo Man apart for his international success was the way that he stripped the music down to the very basics. While most Congolese bands have huge lineups with masses of singers, horn players, dancers et al, Kanda made do with his touring band of just 5 including himself – drums, bass, two guitars and lead vocal. See the band doing the backing vocals themselves here, for instance.

I love the smaller lineups – it focuses the music somehow and gives it a rawness and an edge, and also means more guitar– which is after all why I’m here! I noticed a similar thing with another one of my favourite bands, Remmy Ongala & Orchestra Super Matimila, who cut their large OK Jazz style  horn section to tour, and in my opinion never looked back.

Having toured bands myself I know some of the economics of touring – the smallest lineups are always the best from this point of view. And these guys are on FIRE! Thousands of kwassa-kwassa krazy Kenyans can’t be wrong!

Kanda played all over the world with his small touring unit (I’d guess he’s toured outside Africa more than any other Congolese artist), and the hard work paid off; – I would venture to suggest that he’s probably better known worldwide than any other musician from the region.

A few observations for any musicians reading this –  it looks to me like the bass player is using his index and middle fingers of his right hand, rather than the thumb and index finger technique that is very common with Congolese players. I like the way the rhythm player uses the chorus effect – it differentiates the two guitar sounds and seems to put it back in the mix – providing a bed for and adding focus to the lead guitar.

I’ve recently been transcribing a couple of Kanda Bongo Man tunes which I’ll put up here when they’re finished – pretty incredible stuff I must say……….

Hello and welcome to African Guitar Heaven! I’m a musician, producer and broadcaster with a passion for the music of the African diaspora. In particular I love the guitar styles found in Congolese Soukouss and Rumba. Here you’ll find pictures, videos, music, transcriptions and discussion about African guitar, music, bands, travel and lots of other good stuff that I’m in to. I’d like to dedicate this blog to all African musicians, but particularly the great Franco Luambo Makiadi, the leader of the mighty OK Jazz (pictured). Stay tuned! 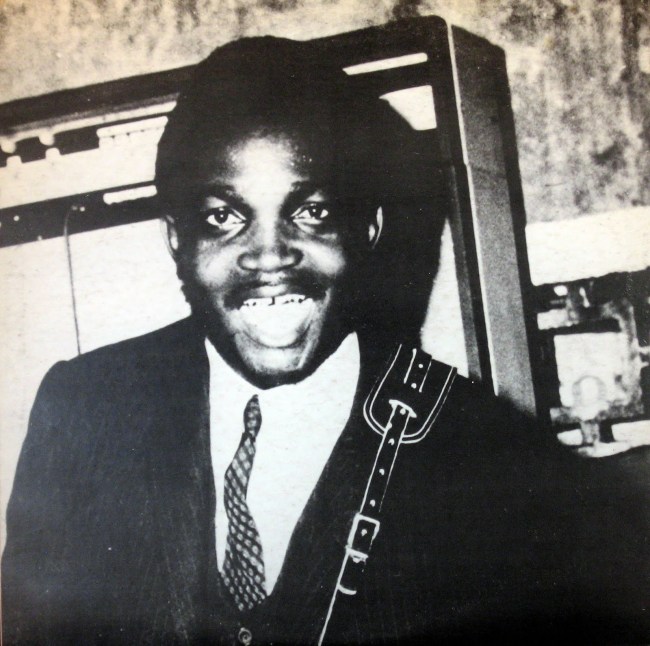 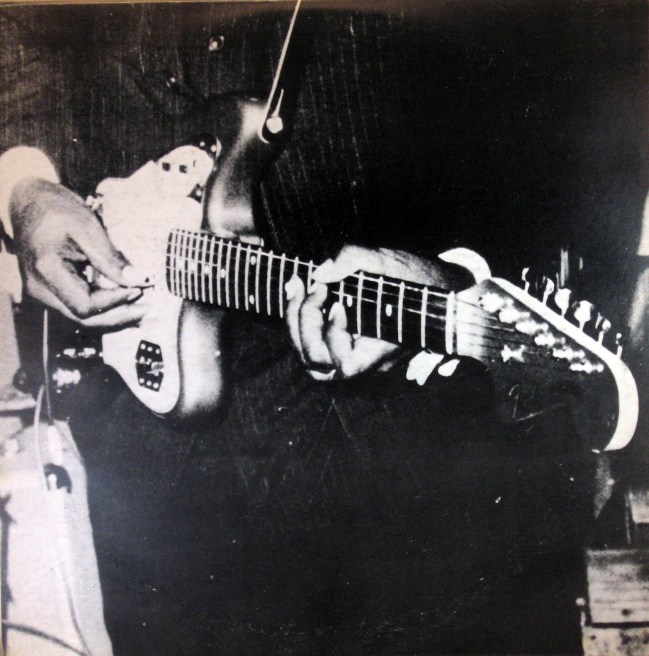